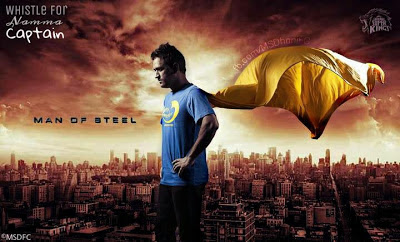 It requires immense writing ability in convincing people of somebody whom you admire the most and who becomes a part and parcel of your life for quite some time now, who is not somebody next door and especially when that somebody is a celebrity, of course. I do not know how close I would get to convincing you, but still will try my level best as to show you how awe-inspired I am watching him on screen. With millions of articles already flooding the internet about this national figure I consider mine none the less as I am going to talk my heart out like everybody else did with a childlike heart. Though technically not a very sound guy, I would try to keep it to my best possible from various others sources that keeps cricket in the game.

In a country like India where Cricket beats even the national game at a bigger margin ever, cricketing stars are undoubtedly the “Heroes of the nation”. Re-considering this very fact, by this time now there should at least be hundred cricketers easily whom the nation should celebrate, but that’s not the plight in here. So there is something more than just cricket that makes the mark as thee hero. After this gets proven, this post is going to concentrate on various such factors that greatly contribute for one’s own place in million’s heart. 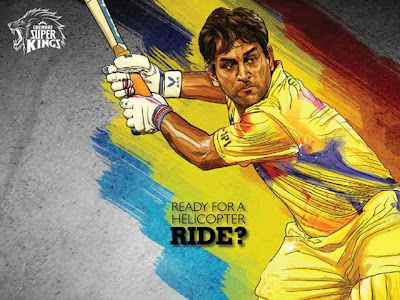 DHONI – “Dynamic Hero Of Nation India” is the hero of this write up and with no delay let us get into drenching ourselves in Dhoni’s rain. I learnt from a reliable source that Dhoni hails from Ranchi and that he was a big fan of Adam Gilchrist of Australia. His childhood heroes were Sachin Tendulkar, Amitabh Bachchan and Lata Mangeskhar. Dhoni initially excelled in Badminton and Football whilst his coach pushed him to play a cricket match against a local club. Having played with no prior experience he kept the wickets brilliantly well, who went on to become a regular full time wicket keeper for India.

“Though India is not fortunate enough to be blessed with good leaders nationwide who can take the country forward, Mahi is a kind of consolation who is serving the purpose from being a cricketer”.

FROM WHERE DID IT ALL COMMENCE – RISE OF A LEADER?

Mahendra Singh Dhoni went on to make his ODI debut against Bangladesh on 23rd December 2004 under the able captaincy of Dada. Joginder Sharma made his ODI debut along-side him who did not manage to come up really well as far as cricket is concerned. Dhoni was out for a duck after a poor call fumbling to make his willow well back in the crease while his keeping did not go places as well. Dhoni was feared to be a failure at start.

Making his mark at the ODI strands, Mahi replaced Dinesh Karthik to keep wickets in his Test debut against Sri Lanka in December 2005 and went on to score a 30 in the same match. Dhoni was put to test of his consistency in this format of game and proved everybody a right pick playing some really aggressive shots and becoming the last man to be dismissed in the same match, who later went on to notch numerous records in all formats of the game.

Adding feather to his cap, Dhoni was made the Captain of the side for the Inaugural T20 World cup who went on to bag the cup for the country. Though many factors might have influenced the victory, I second Dhoni’s attitude towards the game, skill, faith and confidence in the team that contributed the majority to the winning side. He,then went on to become the ODI captain of the Indian team for the seven-match ODI series against Australia in September 2007. He later was made the full-time test captain during the fourth test against Australia replacing an injure Anil Kumble who announced his retirement sooner the later.

WHAT COULD HAVE MADE THIS IRON MAN SO SPECIAL?
As mentioned earlier, it is not just cricket that made him a super human but there are certain traits which carried him as a person all the way. To my perspective, I would love to unfold those at this very moment trying to explore as to why this figure is a huge success.

1)    SHOT SELECTION: There was a time when cricket was known for elegance. Sachin, Dravid, Ganguly, Laxman and other foreigners who did a flawless business went right through the heart of people as the best. Times changed and big hitters ruled the roost. Gayle, De Villiers and other note-worthy players clearly swept the fame off others with ease. One can either be this or that, but none both unless and until he is Dhoni. Gayle cannot play elegant and Sachin cannot be as aggressive as Gayle is, but Dhoni was. The kind of Shot selection he made for the balls put-forth were amazing. You cannot play the Helicopter shot that elegant unless and until you are Dhoni. Be it three down or be it six down Dhoni finds the spot right. He fixes himself to the position he is down and turns the match for against the opponents. Dhoni can even bat at a plight where the team is five down for just fifty runs with thirty eight overs in hand and where the same team is three down for three hundred and twenty runs with four more overs to bowl. He set for himself a style and for other’s a bench mark illuminating them of what cricket was all about. It is only for Dhoni whom the crowd goes crazy while padding up and making a mark on the field with his bat on after Sachin. 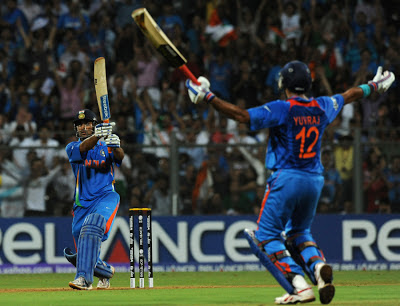 2)    SKILL SET: Yet another amazing factor is the enormous skill set he possesses as a Wicket Keeper. He replaced Dinesh Karthik to become a full time wicket keeper and he did/does it flawlessly. While Dhoni behind the stumps, a bowler need not have to worry about any other extra run except for a wide. Be it stumping, gathering, back up and diving to the ball none other can do it as flawless as Dhoni does. Might be from all the footballing skills he possesses, still he is the best wicket keeper I have ever seen. Any batsman would be afraid of coming and playing down the crease while Dhoni is behind the stumps for he is lightning-quick. The way he gathers, throws, encourages, backs up from being behind the stumps I bet nobody ever can imagine a replacement for this king.

3)    CAPTAINCY: As the nick name goes “Mr.Cool”, he is one of the coolest cricketers I have ever seen. I rarely had seen him tensed and frustrated but for otherwise his smile does the talking. “Smiles” there is a mile gap between both the ‘’S’’ and he bridges his perfectly. Dhoni went on to win several matches driving the team home successfully back with all the credits. The strategy he follows, the attitude he possesses, the way he treats his fellowmen are exemplary. I have seen a lot of times Dhoni coming on to the player individually encouraging him, helping him with all that he needs and stand selfless behind the stumps. The kind of encouragement he showers on the team from being behind the stumps will seem blemish less. He is such a captain who encourages the entire unit to perform, not individually but as a team. 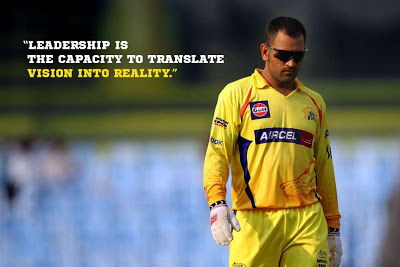 4)    ATTITUDE: People might wonder so as to why this word is being used in many a places throughout this write up and what it does really means. Attitude is nothing but Dhoni, Dhoni’s thoughts. Behave like Dhoni and people will back you for the good attitude you have what might come. He is so cool. He is so down to earth, never takes success to head, never takes failures at heart and never takes decency for granted. India had won many an instances under his able captaincy but never in life have I seen him showing off. Such is the maturity of Dhoni. He rejoices success together and celebrates failure together. He is a kind of person who is there for the team always.

5)    THE DHONI FACTOR: I wanted to write this and put a heading like this as to tell people that he has got this magical ingredient in him. “Dhoni Factor” cannot be determined. Dhoni the way he looks might be one factor. He is one of India’s most ravishing Cricketing stars. He looks cool, stylish, humble, simple and sexy which makes him the “Dhoni” of all men. The second factor could be Dhoni as a person. The way he conducts himself on and off the field. You cannot be the same everywhere and Dhoni is none the less. The Dhoni we see in Cricketing field is entirely different from what he is. The third factor could be the kind of grammar he imparted on this game. The way he inspired kids and youths with the kind of game he plays and the last and final factor could be his gentleman ship. He is such an adorable gentleman on and off the field. He is so sincere to whatever he is doing and that keeps him moving forward to greater heights. 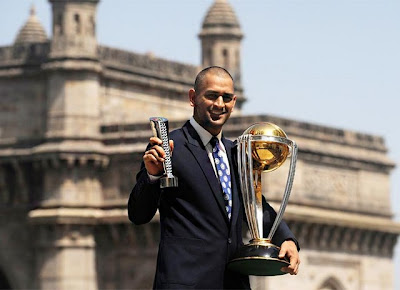 THINGS TO PROVE I AM A DHONI ADDICT:

These are instances from personal life that could illustrate you guys of how much of Dhoni-ian I am.

1)    It was CSK – RCB clash at Bangalore, and it was a down pour, literally. I and my bestie took on a ride to Chinnaswamy stadium amidst a heavenly pour to catch a glimpse of the match only for Dhoni wearing CSK Jersey at had this powerful name at the back

2)    When we knew the match is never going to start, we did stay back outside the ground praying hard for the rain to stop

3)    We did go to the Chinnaswamy stadium to catch a glimpse of Dhoni while he makes an entry for the practice sessions, but ended up a jack of all trade and master of none.

“If it is commitment it is only a Victory for him”

“I wish I were Dhoni’s closer if not very closer relative someway that, even I share the pride of what being close to Dhoni is”.
"Hail Dhoni"