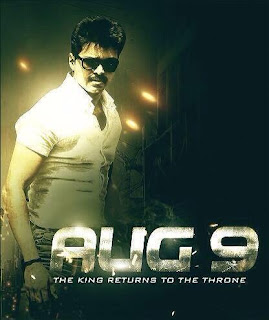 Eid – the widely and most enthusiastically celebrated festival saw an additional feather being added to its cap all along the globe except for Tamil Nadu. India celebrates any festival with wide range of new movies releasing all along the topology and South India is never an exception. Very prominent among many films that got released for this year’s Eid was SRK’s Chennai Express and Vijay’s THALAIVAA, latter being the hero of the write up.

The audio tracks for the movie came out well in advance and it gathered a ravishing response from the public. The album had near about six songs with each and every song touching everybody’s hearts. The songs were a blockbuster and the first look of the movie looked stunning as usual. Teaser for this movie was released along-side audio and it went on to become a big hit on You-Tube and became the talk of the town in less than few minutes it got released. The teaser was admired and loved by everybody invariably and it created humongous expectations on the movie. The public was ready to receive the movie anytime this movie is going to be out. The following days saw fresh and different posters for the movie releasing leaving the people behind with innate craze for the movie. 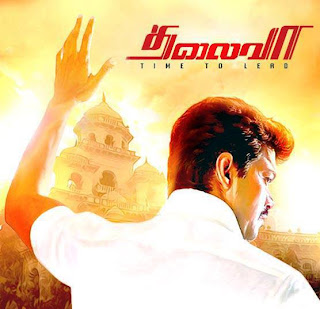 STORY LINE:
I would start by confessing the fact that the story line was not very new to the Indian Cinema, but the way it has been presented was really good. The curtain for the story unfolds by portraying Nassar and Sathyaraj amongst a chaos happening between the Mumbai Tamils and Maharashtrians who wanted the Tamils to get out of the state. People wanted Sathyaraj to stay back and lead them so as to fight for their place in the alien state which Sathyaraj politely accepts. Meanwhile, Sathyaraj loses his wife and his son is sent with Nassar wanting him not to see all that is happening. Years to come see Sathyaraj as an efficient and commanding leader by name “Anna”.

15 minutes after all these get over; the story takes you to Australia to learn Vijay is managing a mineral water plant and that he owns/leads a dance troop by name “TAMIL PASANGA”. Vijay along-side his boys in the troop go on to win many awards in very many competitions being held. Amala Paul enters the story mid-way to make Vijay fall in love with her for her elegant beauty. She joins the dance group and falls in love with Vijay who later decides to marry him. Marriage talks bring Amala Paul, Vijay and Suresh(Amala paul’s dad) to Mumbai who later learns the life style of Sathyaraj. The three gets terrified and Vijay refuses to go back to Australia leaving behind his dad in such a plight.

The climax sees an unexpected twist in the story and the story makes you sit on the edge of the seat wanting you to know what is next to come. After all these, how Vijay becomes “Anna”(Leader) is being dealt in the second half of the story.

CAST & CREW:
This story has got a handful of interesting cast. Firstly, Vijay being the hero of the subject, I feel no other actor would have played this subtle and elegant since the movie has got a lot of dance oriented sequences and mass sequences the latter half of the movie. Vijay has performed an awesome act and has carried the movie solely on his shoulders. His mannerisms, body language, accent, dialogue delivery were absolutely wow. Vijay has lived the character I feel. The dance sequences at various places in the movie were amazingly brilliant. Vijay’s choice of costumes was really pleasant and delightful. If it was one big factor that can drag you to this movie, Vijay would be the one such.

Sathyaraj, the “Anna” in the movie had lived up to the expectation. He has moulded his character with sheer cautiousness and vision as to impress people of the real “Anna”. He was an apt choice for the role. Nextly, Amala Paul the female lead looks fresh and beautiful in the movie. She revolves around the story with oozing charm and has done justice to the role prejudiced. She adds colour to the screen and she is one important factor that kept the first half moving with ease.

Santhanam, the key for the movie has got lots of goodies for you in the movie. His one-liners in the first half will emancipate big time laughter. His looks, body language and his dialogue delivery stands a milestone for a complete comedy. His sequences with Vijay were really good and enjoyable. As usually usual, Santhanam scores in the movie and earns himself a good name. Following the note-worthy characters were Ponvannan, Manobala, Ragini Nandwani, etc were really apt and fitted themselves absolutely perfect. Kudos, to the director for such good casting.

MUSIC:
The audio of the movie released way back even the movie got released. They already took people by storm and added feather to such a hat. The songs were exceptionally good and they make you dance to the tunes. G.V Prakash has done a remarkable job as for as music is concerned. The background score by G.V Prakash really fitted in well. The music took the movie to a new level with appropriate waxing and waning. The audience would be able to feel the movie musically well.

CINEMATOGRAPHY & LOCATION:
These are definitely a big plus for the movie. Nirav Shah has done magic with the camera. He has captured each and every frame with absolute ease and perfection. He makes you travel along the movie that it takes you to. The stunt sequences were given appropriate shade; the love scenes were given appropriate colour; the sentimental moods were given appropriate lightings and they were such a pleasant to watch. The exotic Australian locations were explored and they set us a visual treat with expert assistance. ‘Yaar Indha Saalai Oram’ needs a special mention as it mesmerizes the audience with its Visuals.

CHOREOGRAPHY:
You cannot just ignore this section in any Vijay’s movie. Dance plays a key factor in the former half of the movie and that is why I cannot think anybody other than Vijay who could have possibly performed the role. ‘Tamil Pasanga’ song opens up the screen for us in Australia and Vijay has done an unimaginably great job in the song. He has dance like an absolute professional flawlessly. Vijay needs a special appreciation pat on the back for having danced all the way. The movements were fantabulous, elegant and mind-blasting. ‘Vaanganna Vanakamanna’ has very subtle moves and Vijay does it with absolute ease. Choreography is a big advantage which has been handled really well.

THE VIJAY FACTOR:
No movie is complete without the Vijay factor. Vijay has done the role with absolute ease and sheer subtleness. Vijay has under-played the role and leaves us with a mark of an excellent execution. The body language, dialogue delivery, dance and the overall performance leaves us with a wow feeling. Vijay looks ravishingly cute and his costumes were a real turn timer. His dance needs a standing ovation. Take a bow, its Vijay’s movie. If one factor can drag you to the movie that could possibly be Vijay, only Vijay. 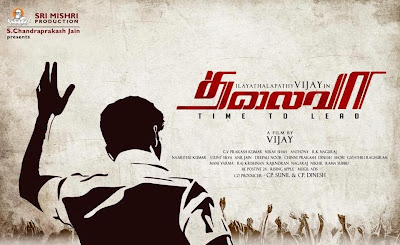 ANALYSIS:
The positives and negatives of the movie could easily be made out.

VERDICT:
A Leader is born to take the movie to a greater height and that is VIJAY. Absolute MASS!! Visual Treat and a Cracker!!

MARKS:
Just another number which I don’t want the movie to be restricted to. Vijay’s action will speak louder than my marks and words. Do check this flick out. 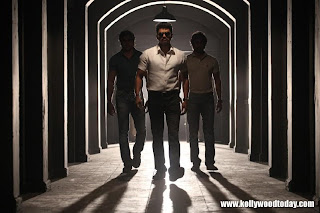