Dhanush - The Artist and Beyond


“CINEMA” – The six letter word that almost has become a primary reason that keeps the world spinning, if not other’s, mine at least.  It is recreation, that humans need after being satisfied with all their basic necessity, which flawlessly cinema does becoming almost mankind’s fourth basic necessity in life. Carrying forth this bigger responsibility and pamper, movies reflect different kinds of thoughts in different ways. There are numerous movies that come in different genres around the whole world and India is no exception. The word ‘Cinema’ and ‘India’ has almost become inseparable so does South India. ‘Kollywood’ is the term we used to refer the Tamil Cine industry as that commutes the audience through Tamil as primary language. This post is going to talk about one person who is becoming inevitable in the industry without whom would Kollywood lack lustre.

The Tamil Cinema industry has produced some extraordinary artists who complement the industry with authentic ease. Tamil Cine industry has been witnessing enormous growth over the generations together producing some exemplary stories. We are going to talk about one such risen star in the Tamil industry whose name will speak for who he is.

“Dhanush” is a seven letter word and so do words “Victory” and “Success” are. This man has almost turned the Midas of the Tamil Film Industry; for whatever he touches turns Gold. 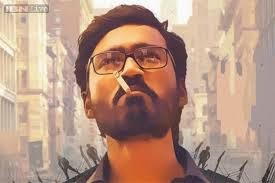 “Venkatesh Prabhu Kasthuri Raja” aka “Dhanush” started his career with a solid youth-rollicking flick “Thulluvatho Illamai” directed by his very own dad Mr. Kasthuri Raja which went on to fetch some rave reviews from both the critics and the public. This could be a dream start for any such hero coming into the industry fresh and un-prepared. Dhanush managed to capitalize on the script and pulled a decent venture off the subject with his innate and meticulous acting talents. His subsequent project “Kadhal Kondein” directed by his brother Mr. Selvaraghavan went on to become one of biggest hits then launching Dhanush as one of well-acclaimed actors in the industry. The film portrayed Dhanush as a mentally-disturbed youth, Vinodh, who yearned for the love of his friend, eventually turning possessive over her. Upon release, the film won critical acclaim and also became a major commercial success, catapulting Dhanush into the main foray of actors in Tamil films.

Although his subsequent flicks were an average selling cake; the victorious combo Dhanush-Selvaraghavan came together in 2006 to produce one of biggest hits in the history of Tamil Film Industry, “Pudhupettai”. This movie still remains a benchmark as to how a raw action oriented flick could be made. This movie launched “Dhanush” as one important performer in the industry.

Movies like “Thiruvilayaadal Aarambam”, “Parattai”, “Pollathavan”, “Yaaradi Nee Mohini” and “Padikaathavan” portrayed Dhanush much as a commercial start who can help run the business profitably well. With combinations of the above mentioned flicks, Dhanush became a start that the industry much needed. 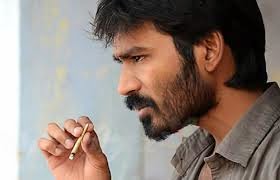 2011 was one key year in the life history of this star. His first release of the year “Aadukalam” went on to become a grandiose blockbuster and Dhanush was also conferred with “National Award for Best Actor” for pulling such a blinder off with absolute ease.  Dhanush played the role of a local cock fighter and described the venture as his "dream project" during production. This year brought laurels not just with his acting in movies but also with his singing “Why this Kolaveri” as a part of the sound track of his flick “3“. The song was released on YouTube and it just did not leave a stone unturned.  The song for itself has a number of records to mention and was claimed to be an International hit. The song reached the nook and corner of the world and at one stage was also the Youth Anthem then. Dhanush proved his amiable presence in the industry as a singer too and this album stood a milestone in his career.

Dhanush is yet another rare multi-faceted personality in the industry. He sings, he performs and he amuses us with sense of cinema in all. His Bollywood debut venture “Raanjnaa” went on to become one of the biggest hits and entered the hundred Crore elite club with absolute ease. Dhanush has off-late started singing in all his films and those numbers are an exceptional hit as always. 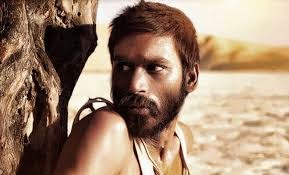 YEAR 2015 AND BEYOND:
With not so longer time left to enjoy the mammoth success of “Vellailla Pattathaari”, which is considered to be a silver jubilee movie in his career, Dhanush joined the sets of “Shamithabh” to produce a master-piece with the legend Amitabh Bacchan himself. The movie features Amitabh, Dhanush and Akshara Hasaan doing the business while R.Balki scripting and filming it. The background score by Illayaraja is already a hit and the trailer looks ravishing. With P.C. Sreeram behind the lens, we could expect nothing less than a visual extravaganza. Dhanush is said to play a deaf and dumb junior artist in the movie and we are looking forward to an immortal chemistry with Amitabh who himself have dubbed it for Dhanush. The trailer on You-tube has already created magical waves with the number of hits and comments that is being poured into. Would like to wish this all-rounder hero a mammoth success for Shamithabh. 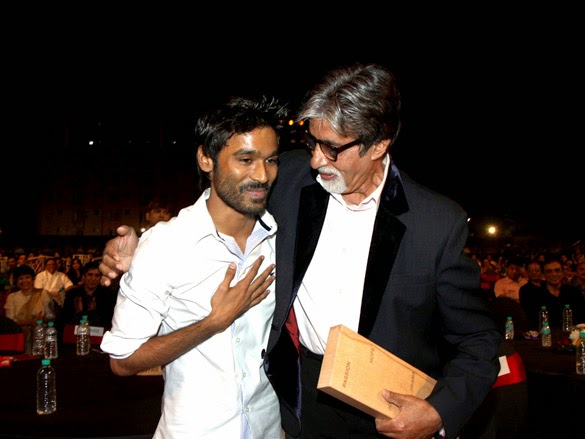 The hero also has completed a project in Tamil by name “Anegan” directed by the Ace director turned cameraman “K.V.Anand”. The film was originally scripted for Dhanush which he had to turn down because of the date crunches referring Dhanush for this project. K.V.Anand is known for his cinematographic skills and a kind of director who can pull things off from nowhere. From whatever we see on the internet, Anegan has come rocking get-ups and stream-lined screenplay told crisp and crunch. The teaser and the audio of the movie are already a big hit with “Danga Maari Oothaari” number sung by Dhanush becoming a sky-rocketing hit. The movie is the next big expectation of the season and we are all looking forward to get drenched with Dhanush’s out of the world performance.

The Actor is currently shooting for Balaji Mohan’s Maari. The first look poster of the movie has already caught everybody’s expectation meter and the shoot has almost been wrapped up. Dhanush is seen sporting a casual look with an identical “Alex Pandian Rajni’s” shades. This combination of Dhanush and Balaji will go places as both are unarguably filled with immense creativity and talent. Looking forward to this movie with at-most anxiety.

1)    TALK LESS WORK MORE:
He is one of very few actors who talk less and work more. There are few actors in the industry who start blowing their own trumpet even on their second or third film of their career with Dhanush being a legendary exception to all these acts. He is such a soft-spoken human with great sense of humour who never opens his mouth unless and until the situation demands.

2)    DHANUSH – THE DANCER:
The word ‘Dhanush’ and ‘Dancer’ are inseparable. The very first thought that would pop in everybody’s mind up as soon as they hear the word Dhanush is his dance. Stylish, elegant, peppy, energetic, heart-stealing, tough, enthusiastic and authentic are the words used to describe his dancing abilities. Each and every of his movie would contain a significant move that even the professional dancers would struggle to make. He shakes his legs for songs of almost all genres and everything is a hit. Almost every Dance master loves working with him and the best part is he does not rehearse or practice a lot. He is nearing perfection and it is a delight watching him dance on the screens. Everybody envies him for the kind of ability he possesses.

3)    DHANUSH-THE FUN FILLED:
Dhanush is a very down to earth and fun filled personality. He puts aside all his celebrity status and mingles with anybody and everybody so easily like nobody else does. Dhanush his known for his comical sense and he keeps his surrounding happy and joyous. Even in movies, the kind of one-liners and comedy acts he does would be very enjoyable. He is one of very few heroes who can do comedy in parallel to the main stream. His body language, his dialogue delivery, his thought process and performance would be highly enjoyable.

4)    DHANUSH-THE PERFORMER:
Dhanush is a complete actor. Be it dialogue delivery, be it dancing, be it romance, be it comedy Dhanush does it with absolute ease. He won’t strain a lot doing any kind of a role. He gives his best for any kind of a role that he plays that naturally comes out daringly well. Dhanush has attracted a wide range of audience through the entire course of his career and now he has fan followings from all the age groups.
Posted by The Mask at 05:12 No comments: