Would like to start the review with a strong recommendation of going piracy-free at-least for this kind of “Once –in-a-lifetime” experience. This movie servers better with a much bigger and better screen with terrific audio; hence please watch the movie in theatres to encourage such an emphatic work.

“ Baahubali – The Beginning “ as the name suggests, this is a beginning to such epic and top notch story telling without having to hesitate even a bit regardless of its budget and the way the movie is going to do in the market. This movie paves way for many more such experimental story telling trilogy where people get to explore the real cinema. In a way, this movie is the beginning to many such path breaking moves that is going to happen in the film industry across India. 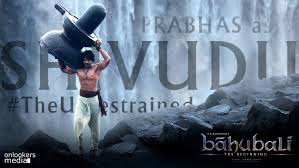 TAKING THIS LONG PERIOD, WHAT DID THE DIRECTOR ACTUALLY WANTED TO SAY?

The movie opens up to a terrific title card all creative and mesmerising that sets the mood for the rest of the movie. The title card and the background score is so attractive that you want to sit in a position from which you cannot afford to miss even a scene in the movie gathering all attention on its own.

The movie opens up to an exotic location besides an artificially created waterfall that captivates your heart in no time. The waterfall is made in such a way that it takes time for you to prove it’s a made up one. The villagers of the near locality pick an abandoned baby and a lady amongst the group adopts him who in a period of time grows to become “Shivudu”. He is much interested in knowing what exactly is being held back at the top of the falls and starts climbing it up right from a very small age. After numerous attempts and after reaching the top, he discovers the love of his life, who he join hands with to venture out on a kingdom for a reason. Entering the kingdom, how he makes his mark and how he discovers as to who he is, clads the story line of this long awaited epic.

The first half fittingly shows snippets of everybody and a brief introduction about them as to engulf the audience with the much needed movie feel. Although few unrealistic stunts and misplaced songs at few portions make the audience chirpy, it grips them with an arrogantly awesome interval block that it makes everybody feel that the first half was not a dragging one. 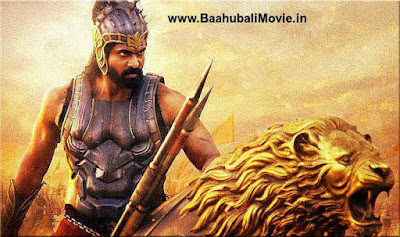 The director is quite intelligent enough to compensate this lag with the second half and he has come with some extraordinary action flicks towards the end. The second half is just all action packed which thoroughly is enjoyable frame by frame. The stunt sequences in the second half deserves thorough appreciation for the kind of efforts they had taken. The war sequences towards the tail end of the movie have been choreographed extremely well that steals your heart with no doubt. The second half is so gripping and it makes you come towards the edge of your seat in the end to really know how this war ends and what happens next.

WHO DID WHAT IN THE MOVIE AND HOW:

PRABHAS: Kingly is the word that best describes his screen presence in the movie. Prabhas looks emphatic and apt to play a lead in such a historic flick and he has done it so flawlessly. His body language, his efforts and his screen presence deserves much appreciation and he has set a benchmark for a king role. The kind of homework and the efforts that he has underwent for this movie is fruitfully visible on the screen without a strain. Could not compare anybody else in his place, who really could have driven the movie like he did, which is a big victory for him. PRABHAS nailed it with his character and leaves in you a mark of a significantly great actor. He is an asset to the film industry. 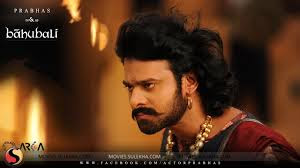 RANA DAGUBBATI: The man looks all beefed up and beastly filling the shoes of a king role in the movie. Rana looks incredibly hot and the efforts that he has put in are much visible. Although he has been portrayed a lot in a greyish shade, he will steal the hearts of the audience with his command over the role. The emotions and the body language that he portrays are much appreciable and will count up to the over-all movie performance. He has a major role to do in the sequel of the movie and this guy will go a long distance in the industry.

SATHYARAJ: This old-young man has a significant role to play in the movie. At this age, the kind of stunt sequence he does and the kind of efforts that he has put in are truly appreciable. Dedicated is the word that I would like to describe this guy as. He plays his spot to perfection and makes sure to convince the audience that nobody else could have done this role such elegantly. The kind of stunts he performed and the action sequences that he got involved in are truly commendable to be performed at this age. He is an asset to the Indian cinema.

RAMYA KRISHAN: Easily her second best role till date only after “Padaiyappa”. Her body language, her tone and her command over her acting skills are truly mesmerising. Her screen presence is much felt in a lot of scenes and she proves a vital asset in the movie with every dialogue firing its way out. Her acting skill knows no bounds and this piece is none the less. She just nailed it with absolute ease. Her character was easily one of my favourite characters in the movie.

ANUSHKA, TAMANNAH and NASSER: Although Anushka did not have much to play in the part of the movie; she did more than what she could. Her get up was nicely done and her body language did all the communication with the audience. We could expect more of Anushka in the sequel and it’s going to be a blast. Tamannah plays a tough role where she does a lot of stunt oriented sequences and her efforts are appreciable. She captivates everybody’s hearts with flawless and intriguing beauty. Her body language and dialogue delivery could have been much better to suit the innate feel of the movie. Nasser does a great job of an antagonist who skilfully carries the character with his abilities. His experience is mammoth and it comes very hand in such situations where the character oriented acting is much needed. Nasser does his role to perfection.

TECHNICIANS: Last but not the least, often called the Back bone of any project. This movie is much to do with technicians rather artist themselves. The graphics and the visual effects that put-forth were commendable and this is the first time I am seeing something like this in an Indian movie. The efforts that they had undertaken is clearly visible on screen with people appreciating it heart fully. Immense is the word that best describes the CG works and also thanks for having done something like this.
Stunt choreography needs a special mention here with Peter Hein ruling the roost in this department. The Stunt sequences were top notch and especially those war sequences were mind-fuck. Audience were amused the way it has been shot and had a satisfaction of fairly watching something that’s on par with the Hollywood. The efforts that this department took are the real success and the movie rides high on this department. 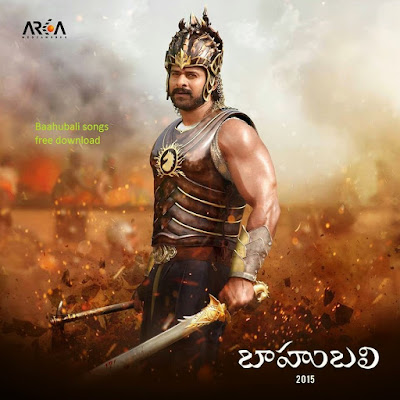 VERDICT:  Like everything is fair in Love and War; the same holds good for War movies too. This movie has all ingredients of taking the Indian Cinema at a global arena.
M-A-S-T-E-R-C-L-A-S-S !!