With rain splashing the cross sections of the city, sun reluctantly woke from slumber up spreading across the intense beam of light rays to reach out to the varied latitudes all across the city. The rays penetrated the thing strip of smog to brighten the city up with all its energy and luminance succeeding flawlessly in its routine. The roads of the city looked ridiculously clean with rain water splashing the roads and guiding the water along the gutters, halting almost the normal lives of the people in the city. The tallest apartment in one such locality experienced mild, breezy and pleasant strip of air kissing the houses with the altitude kept increasing gradually. Wanting to experience whole of this sight, Catherine relentlessly put her body out of the bed to reach out to the balcony which was filled with creepers and boutiques. She took a look at the breath taking view of the city from her balcony which gave her a relaxed piece of mind and an undivided journey on to her past. 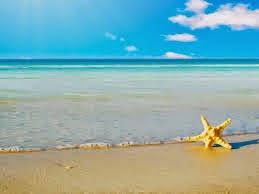 Having dressed herself in a long white night pant and a girly pink coloured top she put her speck of hair back to its original position that fell on her lips every time the breeze kissed her from the back. She clamped it behind her ears so that it would not be of a constant disturbance anymore and started playing with the rain drops that approached her balcony. She splashed a couple of them with her hand; allowing them to touch her face which gave her a reverberant refreshment and joy. Climatic changes brought in a sudden flock of mild air that kissed her face all over with at most sensuality. Closing her eyes, she travelled five years backward with a voice “Bidding Adieu Catherine, It was nice being with you” resonating all along her heart/mind.

Curtains flocked in air, glasses went moist and the world stood still for she travelled down her memory lane to experience eternal joy and happiness. With her swaying curtains making the smallest of noises, there she goes to re-live her past, much happily and involving.

Catherine reached the airport after dumping all of her clothes in a mega sized trolley trying to accommodate as much she could and as much as it could hold. She had saved all of her best clothes for this trip and she was so keen in getting them aboard that she looks exquisitely beautiful on this trip. Catherine was dressed in a curvy jean that enabled everybody admire her for her curves, a white pull over that over fashioned her yet subtle and a loafer that portrayed her as a trend setter amongst many other girls out there. People in the airport did not miss to take a sneak peek at her for her beauty and the way she carried herself away with people. Almost everybody in the airport noticed her and admired the way she looked and behaved.

Catherine managed to board her flight that headed for Singapore after a couple of hours of tiresome wait. She took a quick look at the ticket and learnt that her seat number was “A8”.

She saw a young man of her age who was professionally well dressed, well-built and handsome looking already occupied her seat for no reasons.

She approached him, pointing at the seat uttered, “A8 is mine and I probably think you are trans-positioned”

The young man replied, “Oh my bad, mine is A9, sorry for the confusion, here you go madam” he guided her to the seat leaving her some way to pass him beyond.

They were sitting beside each other and got acquainted of their names. She was carried away by his handsomeness and was so evident that she seriously liked him. They hardly spoke during the entire due course of their flight and silence played its part the rest of the time. They turned towards each other only to see each other and smile but not to talk to each other. Their flight journey came to an end only with silence doing all the talking. She bid him adieu to each other reluctantly with their eyes asking for more time to be spent together.

A couple of days later, Catherine had been to one of the most famous beaches in the country. Watching the beach waters, waves and breezy evening along the shore, Catherine felt rejuvenated. She praised the lord for creating nature as beautiful as it was. The crystal clear water washed her off all the pain, worries and sorrows that she had been going through for days together. It was during one such evening she met Aryan again. He was found dressed in a transparent white shirt and a three-fourth walking along the shore talking to somebody over the phone. Seeing him, she could not hide her happiness for him, running to him she uttered, “Heyy, remember me? We met in the flight”, extending her hands covered with amorphous sand.

“Of course yeah Catherine, can I join you for a walk along the shore?”, replied Aryan in an aim to strike friendship with her. She could not just refuse the offer and in a jiffy she nodded the head in joy and ecstasy for such an offer of her lifetime. It looked as though God sent Aryan that moment for Catherine to fall in love with him yet again. It looked as though they were destined to meet one more time to be together in life under the vast blue cloud. 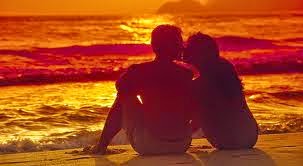 They spoke the entire evening till they ran short of words to take it forward then. They laughed, patted, smiled, giggled, made fun of each other and cared for each other the entire conversation and looked not to end the whole of the talking they did. They learnt that they had been to Singapore for a week’s time away from family and friends to enjoy loneliness and re-discover themselves.

Aryan and Catherine decided to spend rest of the days together to the places they visited. They visited amusement parks, zoos, water parks, temples and movies together like they are destined to be made for each other. They held their hands tight wherever they went and she meant love; where he meant friendship. Aryan was looking astonishing and Catherine looked fabulous and anybody would accept them falling in love with each other. They were nearly inseparable throughout the trip and they clinged on to each other for anything, anytime. She was completely soaked in his beauty in the sights and sounds of Singapore. 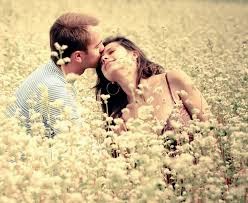 It was the last day of the trip and soon had come for both to depart.

“Bidding Adieu Catherine, It was nice being with you, please stay in touch” uttered Aryan and started walking towards the cab grabbing his baggage from the room.

“Nice being with you too, I completely enjoyed your company, Aryan”, uttered Catherine in a melancholic voice. Saying so, she started feeling numb and void as if the whole life has come to a halt. She was gasping for breath and tears started rolling down her eyes.

Aryan started walking inches away towards the cab. She called him in a louder voice and started running towards him to hug him. She hugged him so tight that even air could not pass by and looked into his eyes deep to find Aryan puzzled and indifferent.

“Aryan, I don’t know what I never feel like leaving you and I don’t want to go away from you. I just want to hold you and face the whole world standing beside you. I want to spend every moment of my life with you and only with you” echoed Catherine’s inner voice. She wanted to tell him all this the very moment, but her heart always stopped every time she wanted to tell him all this.
She was reluctantly unhappy that she did not get a chance to express her love for Aryan and leaned towards him to kiss him on his lips. She helped Aryan’s lip meet hers’ and when she kissed him love, a tear drop rolled from her eyes to reach their lips. She suddenly realized the fact that he was not even holding her; he was not reciprocating the same love that she had on him. In fact, she realized the fact that he didn’t even love her. She suddenly took her lips away not to make him uncomfortable and disgusting. Her love was after all one-sided.

With tear drops flooding out at a constant egress, she tried to hide them from Aryan and started running away from him bidding him adieu. She ran into the room and exploded with tears. She filled the open space on the ground with her tear drops and was left with nothing in her eyes to let them go off. She cried so hard that the whole world to her meant nothing but crying.

A rain drop suddenly fell on her cheeks to make her realize that the journey to her past came to an end and it is time for her to live the present. She just opened her eyes to realize her husband sleeping next to her and he loved her like anything more than the world. He looked after her like his queen, wife, baby and more a friend. She somehow tried to love him the way she loved Aryan, but failed eventually as it was something incomparable. Whatsoever she tried to do, her life failed to compensate for the void that Aryan created in her life. How much ever she tried, she was not able to love her husband the way she loved Aryan.

She always keeps telling the fact that, “Aryan was the best thing happened to her ever, no matter what!!”

She keeps telling Aryan in air, “If I could choose between loving you and breathing I would use my last breathe to say I love you”