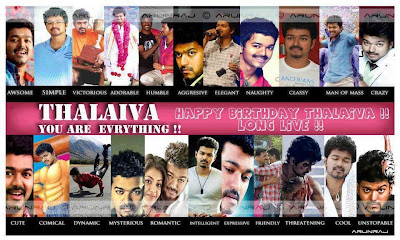 “CINEMA” – The six letter word that almost has become a primary reason that keeps the world spinning, if not other’s, mine at least.  It is recreation, that humans need after being satisfied with all their basic necessity, which flawlessly cinema does becoming almost mankind’s fourth basic necessity in life. Carrying forth this bigger responsibility and pamper, movies reflect different kinds of thoughts in different ways. There are numerous movies that come in different genres around the whole world and India is no exception. The word ‘Cinema’ and ‘India’ has almost become inseparable so does South India. ‘Kollywood’ is the term we used to refer the Tamil Cine industry as that commutes the audience through Tamil as primary language. This post is going to talk about one inevitable person in the Kollywood without him would Kollywood lack lustre.

The Tamil Cinema industry has produced some extraordinary artists who complement the industry with authentic ease. Tamil Cine industry has been witnessing enormous growth over the generations together producing some exemplary stories. The artists have made history, made history speak and made the whole of the state go crazy. We are going to talk about one such humungous star in the Tamil industry whose name will speak for who he is. The five letter word that will make his five million fans go frenzy. ‘V’ for Victory, ‘V’ for Valor and lastly ‘V’ for the Victorious Young and Energetic Super Star ‘Vijay’.

EVERY MAN HAS A PAST, BUT SUCCESSFUL MAN A HISTORY, NOW ON TO THE HISTORY:
Joseph Vijay, fondly called “Illayathalapathy Vijay” was born to Mrs. Shoba Chandrashekar and  Mr. S.A.Chandrashekar in Chennai on 22 June 1974. SAC was a big time director of the late 80’s and early 90’s who obviously would have been an immense source of inspiration for Vijay that made him pursue his career path in Cinema. Vijay did his Visual Communications with Loyola College, Chennai. I have learnt from many of his interviews that he never had been to college on a regular note and that he would be wandering around the campus but for inside the class. Right from his college days, Vijay had a firm notion of entering the cine field, after his watching all the movies that came his way. One major incident that emerged the turning point of his life was when he was searched all over the city by his dad who later found him in Udhayam theatre watching one of his favourite movies. Same day, Vijay was brought home and enquired by SAC of his cine interests when Vijay enacted a very famous scene from Rajnikanth’movie “Annamalai” and that made all the difference to the perspective Vijay’s dad had on him. Vijay’s performance got him the consent from his dad to enter the cine field and that is where all it started.

VIJAY DOWN AND UNDER :
Vijay started his scintillating career with his debut flick ‘Naalaya Theerpu’ directed by S.A.Chandrashekar with Manimegalai doing the music for the film. Though the movie was not a hot sold cake, Vijay got a green signal from very many audiences that marked his entry into the field. The second flick ‘Senthoorapaandi’ emerging a blockbuster, Vijay marked his presence in the hearts of hundreds and thousands of people. His subsequent flicks did a sinusoidal wave at the box office, in spite of which Vijay managed to give some exceptional ones like: Poove Unakkaaga, Vishnu, Kushi, Kanukku Nilavu, Thullatha Manamum Thullum, etc.

Early 2000 showcased us a different Vijay altogether dimensioning him in very many modern roles. It all started with ‘Kushi’ and Vijay was accepted by all classes of Audiences. Vijay went on further to do killer roles in ‘Friends’, ‘Badhri’, ‘ShahJahan’, ‘Tamizhan’, etc.

Putting a full stop to the stereotypic flick, Vijay did a fiery and romantic role in ‘Madhurey’ that paved way for more energetic, enthusiastic and stylish Vijay. Following ‘Madhurey’, ‘Ghilli’ made a swash buckling business at the Box office. This is still being considered one of Vijay’s all-time best that left almost everybody dumb-struck of Vijay’s performance. Vijay became a favourite for a majority of population down south. Following this humungous hit Vijay managed to do profitable business at the box office delivering ‘Thiruppachi’ ‘Sivagaasi’, ‘Aadhi’. The then came ‘Pokiri’ was yet another milestone in Vijay’s career. It fetched him a lot of fan followings for his very down to earth and casual acting skills that he did with absolute ease.

Vijay was accused of having done a stereotypic flick the last four or five times that portrayed Vijay as one typical action hero. In order to break this criticism Vijay did ‘Kaavalan’ that gave audience a new perspective towards Vijay. Vijay was appreciated widely for his flawless performance that fetched him a lot of respect. Following ‘Kaavalan’, ‘Velayutham’, ‘Nanban’ and ‘Thuppakki’ left the box office storm struck.  Vijay became one of the biggest revenue turning out to be one of Kollywood’s inevitable actors. Vijay became a brand. Vijay became an idol. Vijay became a role-model. Vijay became a style and lastly Vijay became a star, A SUPER STAR. 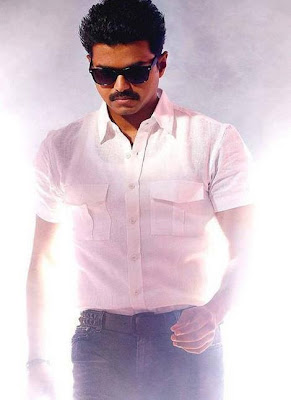 1)    TALK LESS WORK MORE:
He is one of very few actors who talk less and work more. There are few actors in the industry who start blowing their own trumpet even on their second or third film of their career with Vijay being a legendary exception to all these acts. He is such a soft-spoken human with great sense of humour who never opens his mouth unless and until the situation demands. He is such a good listener. He keenly listens to anybody who talks to him. He talks to others with at most respect and care. He is one kind of a person who believes in doing rather talking. So, WATCH HIM IN ACTION. 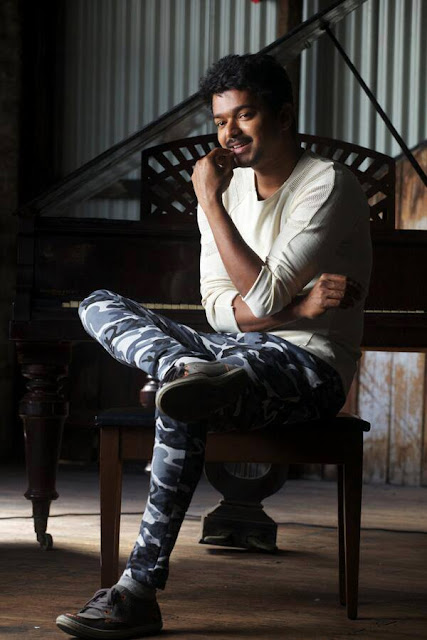 2)    VIJAY – THE DANCER:
The word ‘Vijay’ and ‘Dancer’ are inseparable. The very first thought that would pop in everybody’s mind up as soon as they hear the word Vijay is his dance. Stylish, elegant, peppy, energetic, heart-stealing, tough, enthusiastic and authentic are the words used to describe his dancing abilities. Each and every of his movie would contain a significant move that even the professional dancers would struggle to make. He shakes his legs for songs of almost all genres and everything is a hit. Almost every Dance master loves working with him and the best part is he does not rehearse or practice a lot. He is nearing perfection and it is a delight watching him dance on the screens. Everybody envies him for the kind of ability he possesses.

3)    VIJAY-THE FUN FILLED:
Vijay is a very down to earth and fun filled personality. He puts aside all his celebrity status and mingles with anybody and everybody so easily like nobody else does. Vijay his known for his comical sense and he keeps his surrounding happy and joyous. Even in movies, the kind of one-liners and comedy acts he does would be very enjoyable. He is one of very few heroes who can do comedy in parallel to the main stream. His body language, his dialogue delivery, his thought process and performance would be highly enjoyable.

4)    VIJAY-THE PERFORMER:
Vijay is a complete actor. Be it dialogue delivery, be it dancing, be it romance, be it comedy Vijay does it with absolute ease. He won’t strain a lot doing any kind of a role. He gives his best for any kind of a role that he plays that naturally comes out daringly well. Vijay has attracted a wide range of audience through the entire course of his career and now he has fan followings from all the age groups. Right from five till fifties he has large fan base that are so crazy for him and about him. He is known for his electrifying performances and often called the “Producer’s hero” as they never encounter a loss producing Vijay. Some of his significant performance include roles in : Pokiri, Thuppaki, Vaseegara, Nanban, Thullatha Manamum Thullum, Kaadhalukku Mariyaathai, etc.,. He has been awarded with Tamil Nadu State Film Awards twice and was nominated twice for Filmfare awards which would be scaled very soon by the actor. He has been awarded many a times by Vijay TV for his excellent all-round performances and a proud recipient of very many awards. He is gossiped to be the “NEXT SUPER STAR” of the Tamil Cinema Industry. 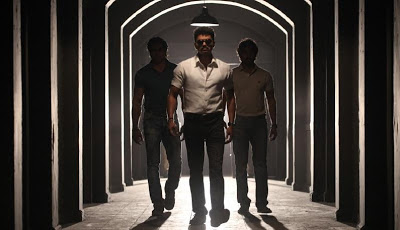 5)    VIJAY-THE PHILANTHROPIST:
Vijay does not stop his Philanthropist act only with cinemas but in real life he does a lot of them. Vijay runs a trust called “Vidhya Charitable Trust”, in the memory of his late sister that helps the needy with very many aspects. They help the poor get food, get educated, get married and get employed even. Vijay dissolved all his fan clubs to form “Vijay Makkal Iyyakam” that could/could not possibly be a political move doing a lot of social activities.
He is known for these kinds of activities and every year his birthday does not end without doing a vibrant social activity. Not many actors do generally come forward and does these acts. He was conferred honorary doctorate by MGR University for his extensive philanthropic works adding a feather in Vijay’s hat.

6)    VIJAY-THE ALL ROUNDER:
This write up would be incomplete without this section as this section is going to talk about that unique trait Vijay carries what others lack. Vijay is an extraordinary dancer, a prolific actor, an awesome comedian and lastly an exuberant singer. Vijay has sung many a song right from his older movies. He has a subtle, silky voice and awesome music sense that many heroes lack in the industry. His latest flick ‘Google Google’ from ‘Thuppakki’ went on to produce many records all around the world and ‘Vaangana Vanakamanna’ from ‘Thalaivaa’ is already a humungous hit. So Vijay is a complete hero and an authentic all-rounder undoubtedly. Acting, Dancing, Singing, Dialogue delivery with perfection and ease, I don’t think anybody else would do making most of his movie a super duper hit. So, yes he is an all-rounder. 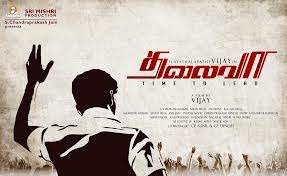 “I really havent achieved anything like Rajanikanth or Kamal Haasan and was embarrassed by the superstar status.”

” I would just start off the charity drive and push off. It was when I read an item about a school topper struggling to raise money, that I traced her and told her that I would sponsor her studies further. The joy in her and her mother was what set me thinking about doing charity.”

” Artistes like me are in the limelight due to the support from public. What we earn is what they pay for the film tickets. Well, I help some of them in times of their need.”

“You see, it is always difficult to perform as a hero with a humorous garb. It is really difficult to make the audience laugh heartily”.

” I’m acting only with the hope that all my films should become great hits! A film’s success or failure isn’t in our hand!”.

WORDS FROM MY MOUTH:

“I am a theist for Vijay is my God and Vijay-ism is my Religion”
“Love you Thalaivaa, it’s time to Lead”
“For we behind you, nothing will happen to you”
“THE NEXT SUPER STAR, Long Live Thalaiavaaa”

With Goosebumps all over and Happy Tears rolling….. 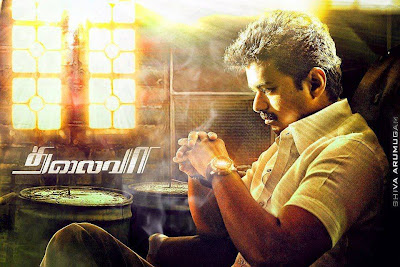