Life Of a Software EngineeR (L.O.S.E.R)

If somebody is born a human on earth, they are entitled to accomplish the so called “Basic pre-requisite of mankind”: the food, clothing, shelter and also the much embellished part of life, “Money”. The times have come more to a scenario where money rules life and without money it is nearly impossible living on this planet earth for which we spend nearly three-fourth of our life running behind money which eventually is not the ultimate companion at death. We run like dogs, work like donkeys and eat like goats to make the most of the currency notes flowing across the country ours, choosing very many professions spread across and one such flamboyant and posh industry is the Information Technology Industry where millions fall into. 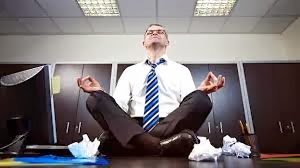 Like the saying goes, “other bank of the river looks greener”, for anybody and everybody who is out of this altar, the grass is still greener even on the septic tanks and so have decided to take everybody through the cross-sections of this industry.

1)    IF YOU HAVE GOT SELECTED IN A CAMPUS DRIVE, PLEASE MIND THAT YOU HAVE GOT SELECTED FOR WHO YOU ARE NOT: This is the primary and proportionate point in the history of this industry. A lot of people in the industry would have pretended to be somebody else who he/she is not to get this job occupied. It’s quite a trend that people have multiple offers in hand and is always in look out for the best in terms of the monetary capacities and if you are a fresher it’s quite obvious that you are always in look out for a job in the government sector. Having spoken enough about all this I would want to put forth a classic incident to illustrate this piece of notion. “There was this girl who got placed alongside me accepting for a re-location to any part of the country for her job and when she was posted to a far-off location she wanted to talk to the HR asking them to re-visit on her slot on a nearby location”. So by having acted assertive in the interview she tried to be somebody else who she is not and so kindly do not jump into thinking only sheer talent has fetched somebody a job. That’s crap!

2)    BEING PROFESSIONAL ONLY REFERS TO THE WAY ONE GETS DRESSED UP: As soon as the word “Software Engineer” strikes the cross sections of anybody’s hemispheres, the first thing that anybody get reminded of is the formal attire which he/she dons however bad/worst they are from the inside. People in the industry are greatly of the thought that the dressing as a whole will bring in some tremendous discipline and harmony at work while it’s just degrading far off now. Times have come to a scenario where it is acceptable to write an email stating “I carefull next time, I won’t repeat” being dressed up professionally formal and it is not acceptable when you write a sleek, crispy English if you are not dressed formally. One substantial point to prove this is half the population in IT still believes that suites were brought into picture only for the purpose of client visits. 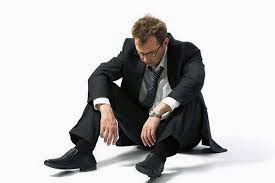 3)    AS A FRESHER YOU WILL ALWAYS BE WORKING ON ADVANCED TECHNOLOGIES LIKE THE MS WORD, MS EXCEL and POWERPOINT: In IT the term “fresher” are synonymous to “scape goat”. As a fresher you always have to do more than just what is being defined for you to. Very many managers say a “yes” to any kind of presentations, report generations to clients knowing the fact that there are always freshers behind them to do anything and everything that they want them to. Be it any presentations of any topic irrespective of their knowledge levels they still will be made to work on them. So being a fresher teaches you not just the technical stuff but also the much needed diplomacy which on a longer run will be of greater help. 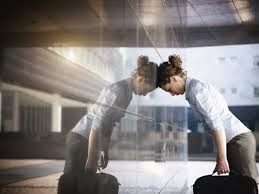 4)    THERE WILL BE AN ABNORMAL CHANGE IN THE METABOLISM AND EATING HABITS: “Eat to live” times have changed and it has come to “eat to show-off”. It is considered highly outdated to bring to offices your own food and is totally cool eating out and new every other day. Friday is meant to be the “junk munching day” for many of the employees out there and there used to be humungous crowd at every other reputed food joints especially on this day. In very man projects/teams it’s the contrast, where in people hardly get to eat anything at all. They still stick to the lunch breaks like those of the conventional schooling confined to specific timings and employees will be called back to their seats if they exceed this time frame. On top of all these if you are into support projects people are not even bothered of the fact that you are starving and they won’t let you go out of that seat unless and until the job is done while the clients give so much importance on the food and the quality time spent with peers over the lunch breaks. 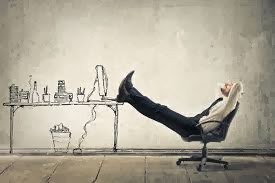 5)    THAT AWKWARD MOMENT WHEN YOU REALIZE YOUR MANAGER/TECH LEAD KNOWS SHIT ABOUT WHATS HAPPENING AROUND: This is a very common sight in very many organizations and it has almost become a thumb rule according to which the intellectual and technical skills are always inversely proportional to the hierarchy with which a person grows. Behind every successful manager/team leads there is always one ardently hard working employees who is always considered the pulse of the project and when this person is not around the designations mentioned remains just names with no power. Very common sight in any organization is a manager talking to the team members for hours together and still making no sense at all even after that lengthy discussion or lecture and trust me  when I say this not even a word would have had actually been thought-provoking. 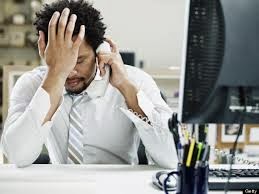 6)    THE APPRAISAL/RECOGNITION AT ANY POINT IN TIME IS ALWAYS FOR WHAT YOU HAVEN'T DONE YET AND NEVER FOR WHAT YOU HAVE DONE: By the term rewards/appraisal, I don’t mean the literal meaning that the term tries to convey but it’s just quite the opposite of whatever it means.  Quarterly/Half-yearly and annually companies rate its employees based on their performances so as to segregate them in groups for the hikes that company is going to give them and I tell you 98% of people get a number which they do not deserve at all. Somebody who has done extremely well would have got very poor rating and somebody who has not done anything at all would have got an excellent rating which is absolutely out of anybody’s hands. I suggest that the mangers keep this process transparent for most of the employees that they actually understand what is being played with numbers across. If you have got a good/bad rating it is not always for what you have done and its always for what you haven’t. Appraisals haven’t have had motivated the majority of the population but it has just De-motivated.

7)    ONSITE OPPORTUNITY IS LIKE A BONE THROWN AT AN HUNGRY DOG: Yet another stupendous attraction that this IT industry carries is the process of sending people for free to other countries that they save some money, bring them back home, get as big as a three bed room apartments and get settled down. There used to be a super-natural guy/girl in the team who has lot of talent under his/her belt (kind of over-qualified for the job) and is always looking out for the best job in town. So as to retain this minor population companies arrange for them a free visit to countries across for a month’s/years’ time depending on the diplomacy drawn that he/she will be convinced of this offer and would stay back. So this is as simple as throwing a nice shiny bone at a dog which is hungry that it stops barking for a while. 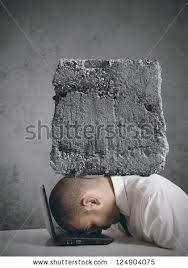 8)    WHILE TERMS LIKE “FUN AT WORK”/”PEACE AT WORK” REMAINS MERE A TERM YET: When it comes to IT industry, to work is to die, and when I say “die” I literally mean it. Would you think it is possible to have fun at death or peace at death? It is just close to impossible and so does these terms. These terms have almost no connection with the industry and when somebody says they are having fun at work you can jump into a conclusion that they refer to any other work but their professional work. On top of everything your own manager or team lead would try stacking you for work forgetting the fact that both are just slaves but just the degree of slavery varies.

Okay now that the post is done, at least few of the readers would come up with the question stating “WAS NEVER BEEN IT KIND ENOUGH TO YOU THE WAY IT HAD TO ME? WHY DO YOU EVEN WRITE WITH SUCH ANGUISH THIS LOT OF STUFF?” and for such people am I so happy that IT is/was once a life-saver and would also tell you that this is never a place to be within (close this post ASAP).
And for those who can only crib about how things are in the industry, this goes out to you fellas, Love you!!

TRY FOR A CHANGE AND IF THINGS DON’T WORK, BE THE CHANGE!!

This is not the end and this is not the true reflection of IT firms yet. Much more to come and the primary reason I am keeping the post short is not to lose a number of readers who have no affinity reading lengthy posts.
Posted by The Mask at 03:56