A Night To Remember

The Roads of the city were drenched, swampy and fresh as rain shattered the City for almost a couple of hours now. It was told to be a historic downpour as the City had never witnessed something like that of the recent times. Uprooted trees, held up traffic, people along petty shops hiding themselves from the rain were the very common scene of the city. The wind was pretty harsh and the trees were swaying generating dampened air through the atmosphere. The City was chill and moist.

She was seen sitting in her bedroom staring through her balcony, the water filled clouds, thinking something very intense. It was very evident from her swollen eyes that she had not slept the whole night while the rains made shattering noise against the tin roof of her cottage. While clouds opened up to pour everything it had, even her eyes poured out everything here heart had. She got remained off that ill-fated day that haunted her almost every day every second.

Dona and Shaun were Childhood best friends. They grew together up in a small town called “Ohio”.  They were neighbors, friends and sweethearts who later went on to become better halves. Life was amazing, no fights and no struggles. They always had what they wanted and they were blessed with a boy and a girl whom they considered their lives as. Everything went absolutely fine with a pretty house, love in the air, happy living until fate struck that beautiful family miserably bad. 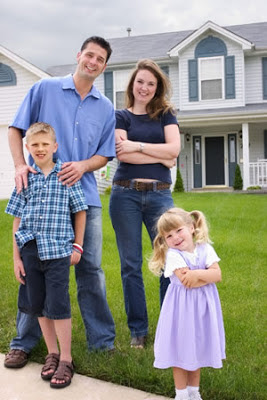 Dona was a manager in one of the most reputed software firms and she was invited for a conference at New Jersey a couple of months back so as to represent her company. This was the first time in her life that she is going to travel far away without Shaun and very first time that she is going to leave behind her kids alone. She was very hesitant initially after which Shaun convinced her that he would take care of them like how she would and that its only for a couple of days’ time. Dona wanted Shaun to accompany her that it can turn out to be a holiday for the couple but Shaun chose not to owing her need to concentrate on work at hand. Even after all these, something stopped Dona from leaving behind her family alone for no big reason.

Dona left for New Jersey reluctantly after having no option other than what was destined. Before she bid adieu at the airport, she wanted Shaun to promise certain things. She did not want him to leave behind their children alone at any cost, she did not want Shaun to get drunk up over the weekend and sleep in the house like a fat pig. In addition to all these, she had asked her mom to come over who lives after a couple of lanes to help Shaun perfect his activities. 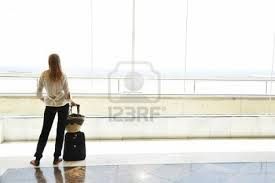 Dona reached New Jersey after all these and she called Shaun up several times so as to ensure if everything was well intact. Shaun advised her to be free from all the responsibilities and to enjoy new atmosphere out there. The Conference started and Dona got busy minding her own works with regards to the conference and Shaun was busy managing the house-holds and the children.

The first day was hectic for both of them for obvious reasons. Dona was tired after a day-long conference and was missing Shaun as this was her maiden trip away from Shaun. Shaun on the other hand felt very difficult parenting the kinds and he realized how difficult parenthood was.  Speaking over phone they had good laugh as Shaun said he is going to free Dona from doing all these realising how difficult being a woman is. She knew taking care of the kids could be one hell of a task especially for Danny who had never done it before.

On the next day, Shaun took his kids to the near-by mall getting the kids dress up the way she would do. The girl was dressed cute in her pink frock and pony tail that added additional beauty to the kid. He even took photographs to show Dona later of his works. They enjoyed a lot at the mall. They shopped whatever they felt like doing, played at the mall and ate nice food outside. On the way back home, Dona’s mom joined the family so as to help him with the pending works.

The day ended smoothly without any mess and Shaun tried calling Dona up. Work-Struck Dona was not able to pick the call up as she was held up at the conference which went on up to eleven in the night. Shaun tried a couple more times as it was already late and gave up after thinking not disturbing her.  She rushed out of the conference hall very fast to call her sweetheart back. She called him, there was no reply. She called him four more times but still was no reply on the other end. Dona thought perhaps Shaun had gone to bed early; perhaps he was tired running after the kids. She smiled and wondered how adorable Shaun would look trying to feed the kids and running after them to put them to bed on time.

As Dona hit the sack; she was excited with the prospect of going back home and happy that the two days had passed without any troubles. Even if it was just two days; it was the longest she had been away from her entire family. She just waited for the moment when she would be home; when she would see her children and Shaun. She couldn’t wait to cook their favorite meal; to put them to sleep and to be there 24 by 7 to take care of them. In fact such was her anticipation of going back home that she could hardly sleep that night.
In Ohio it was a stormy night; with thunder and lightning. The trees in their lawn swayed recklessly due to the wind. The rain just didn’t seem to stop. The weather seemed like a warning; a prophecy of a dire event waiting to unfold. It was wild; it was ruthless and it was scary. Dona was about to board the flight, she called Shaun couple more times for which there was no answer. Now she started worrying a bit. She boarded the flight saying “All izz well”. 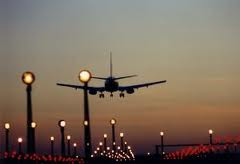 At last she landed up at Ohio. She rushed home owing to have got no reply from Shaun for quite some time now. She reached home and she banged on the door as she was panic struck. She got no reply. In fact nobody even responded. She kept pressing the bells until somebody responded but sadly nobody did. It was actually weird that nobody even responded from inside for the noise made. She continued calling on Shaun’s and her mom’s mobile to find out if something was really wrong. She could hear both of their mobile ringing inside the house. Now this made her really scary. She waited in front of the house for some time thinking that they would have gone out keeping their mobile phones inside. Even this option got ruled out as she saw Shaun’s car in the garage. She suddenly called up Shaun’s friend and found that he had not reached office yet. She called her kids school to realize that they have not reached either and concluded that something is terribly wrong.

Gradually crowd started gathering in front of her house. They saw her crying and suggested her to break the door as to know what is happening inside. She reluctantly accepted the offer and few other neighbours broke the door with much strength. Meanwhile, she was praying all gods that nothing should have gone wrong. As the door fell on the ground she saw Shaun lying on the ground blood struck all over his body. It was unacceptable. She stood horror struck and was not able to accept the reality. She fell on her knees holding Shaun’s face in her lap hugging his face tight to her bosom. She closed and opened her eyes to see Shaun doing well. Still his plight did not change. Tears rolled out of her eyes with great force. She cried she cried and she cried like nobody else can do. When she stared at his eyes, they were already empty and lifeless. She was horror struck. This should not have happened to her.

Suddenly she realized that she had kids too. She pounced into the room where her kids stayed and to her dismay even they were blood struck all over their body. It was as if somebody had hit them with a baseball bat head smashed and blood everywhere. Both were lying down hugging each other motionless and dead. This very sight turned Dona upside down. Her life changed after this very incident. Just then she remembered that her mom was there too; she hoped at least she would be alive. She went up to her room but her worst fears came true. Her mother too laid dead in a pool of blood. She wasn’t even supposed to be there. Dona blamed herself for bring her mom over to stay at her place. In one night her whole life was turned upside down.

The pain was so much that she become numb. She imagined how her fairy tales life came to an end in a jiffy and how she missed the call from Shaun. She felt out of the world. She wanted to lie on Shaun’s shoulder and tell him all that happened at New Jersey. She missed her mother. She longed for Shaun’s hug; how safe she would feel in his embrace. Who would help her get through this now? Her whole world had come crashing down. She was left with pieces that she didn’t even know how to join back together!

A year had passed since the day that left her devastated. Nothing much had changed; she still cried herself to sleep if ever she slept. Not a day passed when she didn’t sit with the pictures of Shaun, the kids and her mom and cried silent tears. 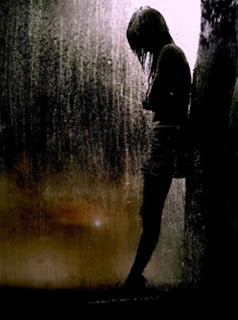 She moans every day, “If I can build stairs with the tear drops I left, I will climb the stair to heaven and bring you down near me”.

Nobody knows to this day what had happened that night. The only thing certain is that on that night not only were three innocent lives lost but Dona’s life too came to a standstill. She lives to die! For her, pain is the fuel for her journey of life. For her the pain is what will take her through this voyage to finally drown in the arms of death and be one with them all.
Posted by The Mask at 07:26