Chennai Super Kings is my Valentine


In India, it is only Cricket after Food, Clothing and Shelter which is almost going on to become one of the basic amenities for living in this country. Although, the game has been played in very many different formats, one quirky catchy format of the game is the Twenty – Twenty format where the entire competition is got done in a total span of forty overs. This Indian Premier League is an absolute cob-web that flawlessly spins the whole of people’s interest towards it. This is a nicely scripted, formulated, regulated and competitive set-up where different teams representing different regions of India contest to clinch that glamorous trophy from the board. Chennai being a part of it, I started supporting it right from the beginning of the league and they went on to become a brand, a major brand with so many things revolving around them.

EVOLUTION:
Chennai Super Kings is the franchise cricket team based in Chennai, Tamil Nadu that plays in the Indian Premier League (IPL) founded in 2008, with Mahendra Singh Dhoni as the captain of the side and Stephen Fleming as the coach. India Cements acquired the rights to the franchise for ten years while N.Srinivasan, vice-chairman and managing director of India Cements became the De facto owner of the club. Players were auctioned out in the league and team should bid for their part of the players for certain tenure and that kept the whole thing going. While the line-up kept changing for years, the only thing that did not change is the brand value and the fame for the club. CSK went on to become the most successful team in the league having won two titles in quick succession.

With all these years of undaunted and super imposing success I decided to take you all through the team that is responsible for all name and fame. Like the soldiers along the borders, eleven warriors fighting wars to keep the team name up flying high is not an easy task. These players brought their specialities together, talent together and above all friendship together to take CSK off to greater heights. CSK is a balanced mix of super talented international players and hyper active local boys who kept the winning streaks up high in the air. 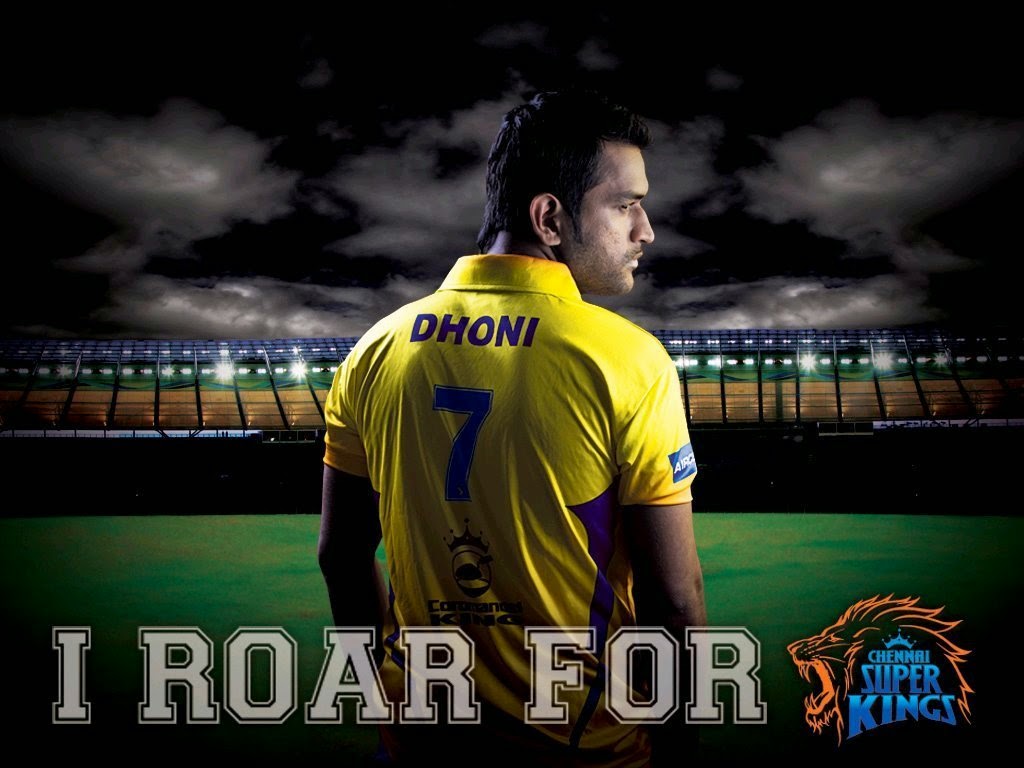 MAHENDRA SINGH DHONI:
A team without a good captain is like a horse left without trained, for its skill and character going void. CSK is one such team to have been blessed with one of the finest captains of all times. DHONI – “Dynamic Hero Of Nation India” is the hero of this squad who has tormented to take CSK off to such heights leading from the front. This man who leads the nation by example has the tactics of getting great work from ordinary people done and every time he does that, CSK meets success without a doubt. He knows the pulse of the team and fits in the captain’s role apt and tailor made. He has played some mind blowing knocks for the team guiding the team home with some of comprehensive victories that is all out of thinking range. The way he finishes things off in style is an absolute beauty and a delight to watch. The command over the players he has and the mutual respect amongst remains a standing monument to prove CSK is one difficult team to beat by any margins. Dhoni is a kind of person who doesn’t lose the cool more often on the field and that is one important characteristic of a leader to be able to emerge all victorious. In nutshell, I could not imagine anybody else in the driver seat other than Dhoni who could constantly steer CSK home every time with a win. It is not just cricket that made him a super human but there are certain traits which carried him as a person all the way.

"CAPTAINCY IS AN ABILITY TO TRANSLATE VISION INTO REALITY, DHONI DOES THAT TO SHEER PERFECTION"

DWAYNE SMITH:
The CSK batting line up starts with this Caribbean super star who constantly helps the team get off to a flyer always consuming lesser number of balls for settling down on the field. He is such a talented cricketer who swings the willow so powerfully that every time he does that, he gets a maximum. He is one inevitable reason as to why CSK is being regarded as a team with one of the most devastating opening pair. Not only with the bat, but also with the field has Smith hit gold, he drops very few and his hands are as safe as a house. Black smith, gold smith and he is our own SUPER SMITH.

BRENDON MCCULLUM:
This formidable cricketer is an absolute asset to the team. Every time he comes out to bat, he makes sure CSK is all comfortably settled for going on to a big target. He bombards the opposition with his enormous talent and skill. The way he destroys the bowlers all across the ground is an absolute visual delight and he steadies the CSK batting with smith along-side. He is generally called the Super man at field and doesn’t let any ball go past him that easily. With the bat and field, Baz is an absolute asset for the team and one of all-time favourites in the side. Mccullum is the BOSS

SURESH RAINA:
Suresh Kumar Raina, is somebody who has been with the team for a long time now. He has made the most number of appearances in IPL for CSK and is the vice-captain of the side. Humongous talented raina is the backbone of the CSK middle order and he takes CSK off from where the openers left without having to take a lot of time. The shot selection, the drives and placements are an absolute delight watching and he is somebody who gives his heart and soul on the field. Although not a regular bowler, he surprises the batsmen with his line and length varying the pace much to the need. He takes some crucial wickets and contains the run leaking from all sides. He will be the first person to run up to people and cheer them for all the good work they did. Raina keeps the team lively and positive. Such a positive energy in the side and he is to be called the RAJINI RAINA. 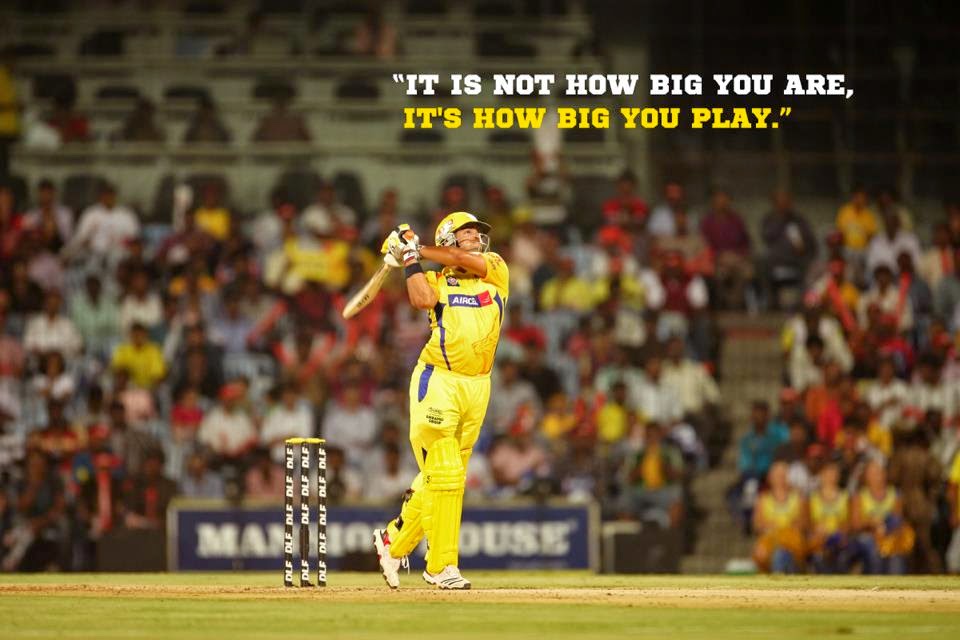 FRANCOIS DU PLESSIS:
Faf, is somebody who comes after raina to take the CSK innings forward. He is one perfect example of the saying, “Slow and steady wins the race “. He starts off slow and steady to finish his scoreboard on a high. He makes a solid 30-40 runs on the board every time he comes out to bat and that emerges a support that CSK much needs. Running short of words to explain his fielding abilities, for he never takes things for granted on the field. He is such a valuable player in the side often being called the FANTASTIC FAF.

DWAYNE BRAVO:
This West Indian star is the most celebrated in the team. Fun-loving, jovial, dedicated and ambitious cricketer who never tends to put CSK down at any cost. He marks the end of the middle order in the team and makes sure CSK finishes off at a greater altitude for a comprehensive victory. He bats to perfection and with a care to settle CSK off to a great score. Not only with his bat does he magic, but also with the fielding and bowling. He is one of the most thinking bowlers in the side who doesn’t give away many runs contributing a lot to the team victory. As his name suggests, he is BRAVO!!

RAVICHANDRAN ASHWIN:
The local boy from Chennai who secured an indomitable place for himself in the side is a superb spinner who spins CSK all the way to the victory. He is often called the thinking bowler who has vast talents under his belts for his name. Batsmen go berserk for his carom ball and that is one tactics that never fails. He is one player who could also bat in times of adversities who could pull things off from any low. He is one most favourite player in the side who plays his heart off for the team. He is one reliable spinner who doesn’t give many runs giving CSK the much needed wicket break every time without fail.  ashWIN as his name suggests. 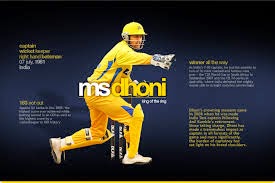 RAVINDRA JADEJA:
SIR and that is how he is fondly called by all his fellow mates. Jadeja is a handy all-rounder who plays his part to perfection every time and never failing to amuse us with the ball. The short arm throw and accuracy with which he delivers the ball is simply outstanding. Fielding is a cake-walk for him, never letting the ball goes past him giving the opponents no runs that easily. He has been regarded as one of the most stylish and super dedicated fielder on the side. Jadeja is a stylish batsman and an awesome bowler without who CSK would lack a worthy all-rounder. Dhoni bangs on Jadeja every time he needs a wicket and he flawlessly impresses his captain. SIR Jadeja!!

MOHIT SHARMA:
Mohit is a prolific bowler who does not give man runs away and sets the team to a great start as with defending a total. The line and length with which he bowls is simply outstanding. He keeps the ball to the stump that any time the batsman misses would cost a wicket. He is such a dignified and exuberant fielder who gives his heart and soul on the field. He is somebody who went on to play for the nation after playing this team.
Mo-HIT Sharma as his name suggests!!

ASHISH NEHRA:
Nehra was an international bowler who couldn’t reach the heights he deserved. He was widely criticized for his bad line and length that never let him go the distance he wanted in the game of cricket. CSK bid Nehra for an amount and took him recently in and he is already a rock-star in the team. Dhoni tried to take the best out of this guy and he succeeded flawlessly in his attempt. Nehra is the leading wicket taker this season and leads the flock of CSK bowlers from the front. It was only under the able captainship of Dhoni that Nehra is able to perform extremely well in the team and the captain is pretty much impressed with his performance. The line, length and the pace is something he is getting right every time this season and has taken CSK off to greater extent. He has been an instrumental tool while chasing bigger targets and handling pressure situations. He is a new joiner who plays like a true CSK who has been playing for years now. NehROCKS for CSK 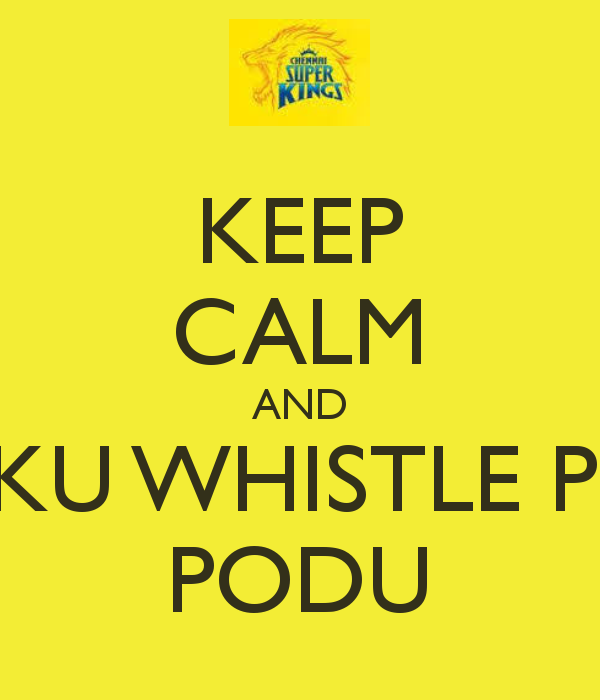 This is a kind of team that you never want to hate unless and until you love the game of cricket.
Everybody in the side are champions and they play like one